Mobile phone manufacturing companies around the world have adopted a negligent approach towards the recycling of old phones and other e-waste, and this act is putting Gorillas in Congo in danger.

Getting into the depths of it:

An important material for making mobile phones is columbite-tantalite or coltan, and it is one of Congo’s natural resources. Plus electrical gadgets are manufactured with it. In 2009, there were 300 gorillas killed in Southern DRC in relation to the coltan mining done in the same location.

The Grauer gorilla is nature’s largest primate which can weigh up to 400 pounds and is indigenous to Congo. There are just about 4,000 western lowland Gorillas in zoos while eastern lowland gorillas have hardly amounted to 5, 000 left in the world. The mountain Gorillas are highly endangered as there are only 880 of them left in the world.

In the United States, there are more than 270 million people who use cellphones and in about every 18 months, someone replaces their phone or gets a new one.

The world also has at least 4.1 billion cellphone users. Regardless of these great numbers, just about 1% of cellphone wastes are recycled every year.

Although Samsung and Apple are the biggest companies in the cellphone industry, other companies contribute a great deal to the growth of the industry.

If you are looking to help the situation from your end just like me, instead of disposing of your phone, you can sell your old mobile phone.

The number of cellphone users will rise to become 4.68 billion by the end of next year. However, leaning towards the recycling of electronic gadgets (especially phones) is the best way to save the Gorillas.

Did you know that from a tonne of cell phones, you can get p to sixty times the amount of gold you’ll get from a tonne of gold ore? Why not help this recycling process by selling those old phones? 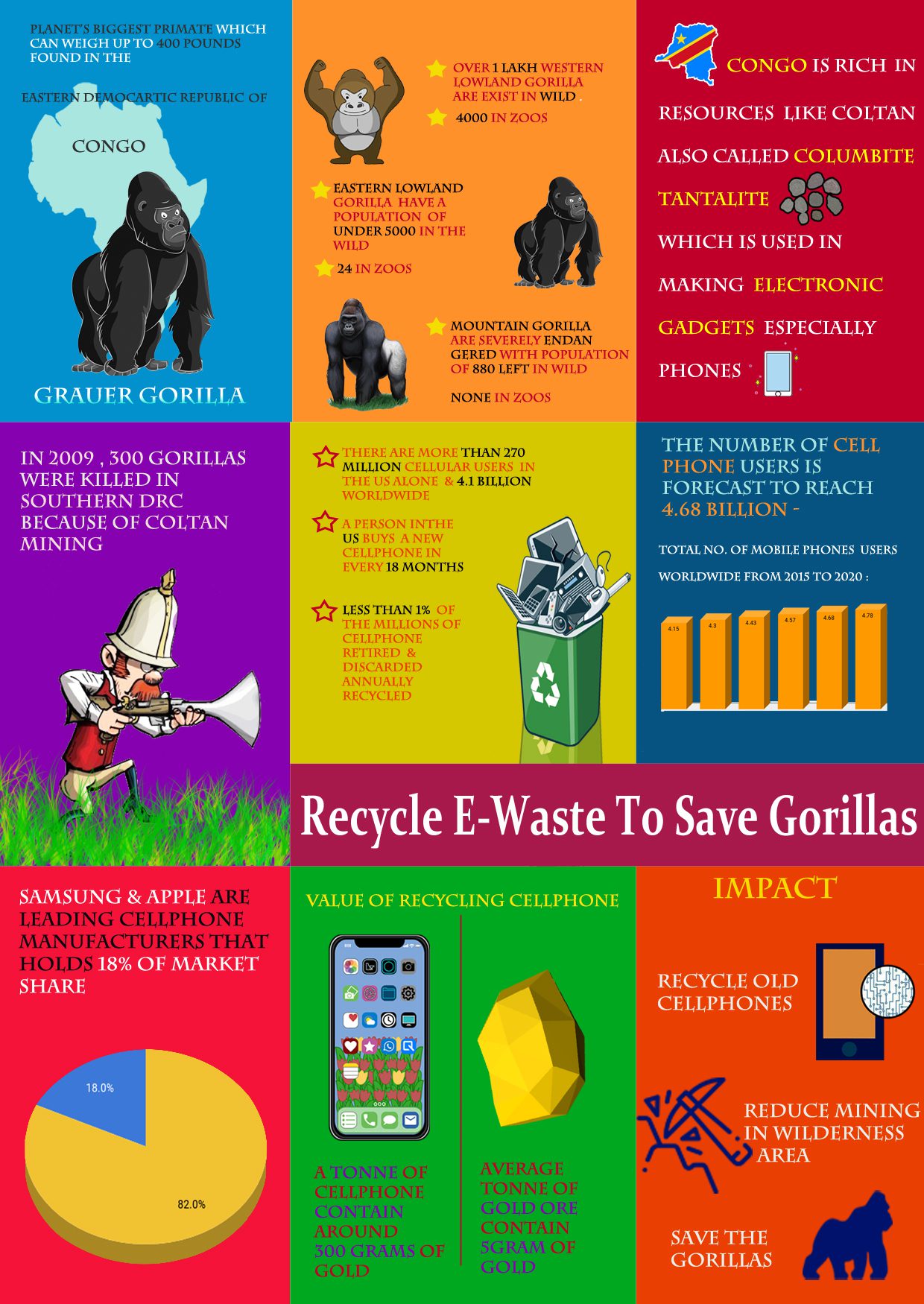