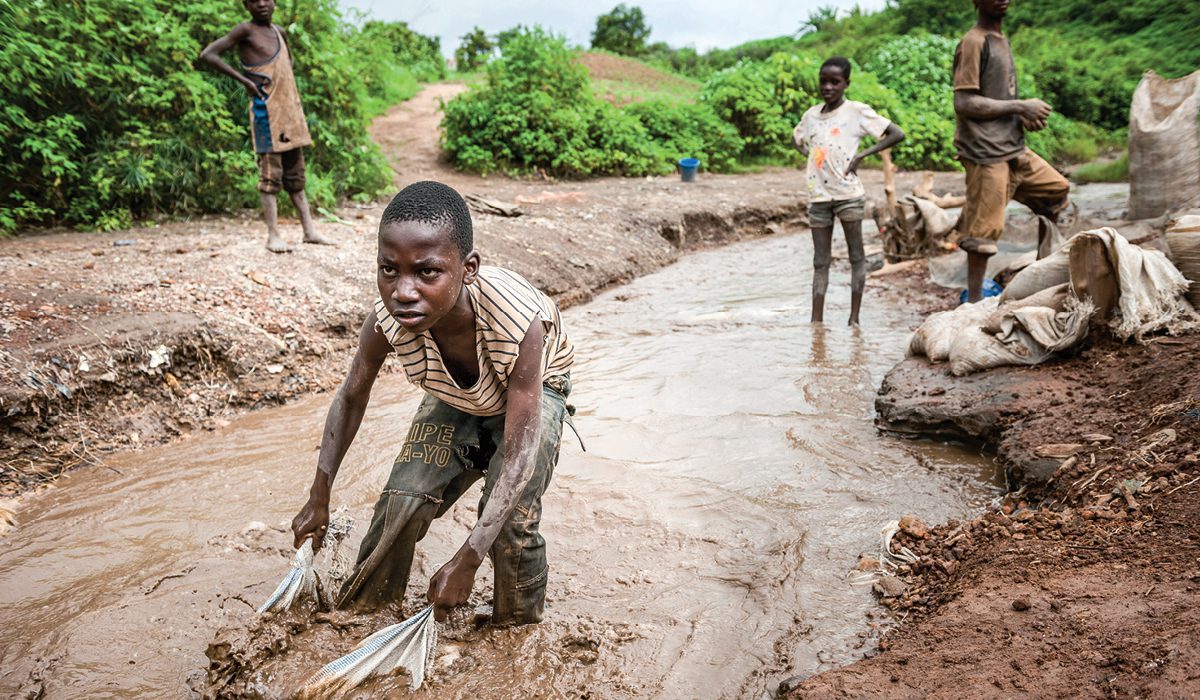 The Human Cost from Smartphone Materials 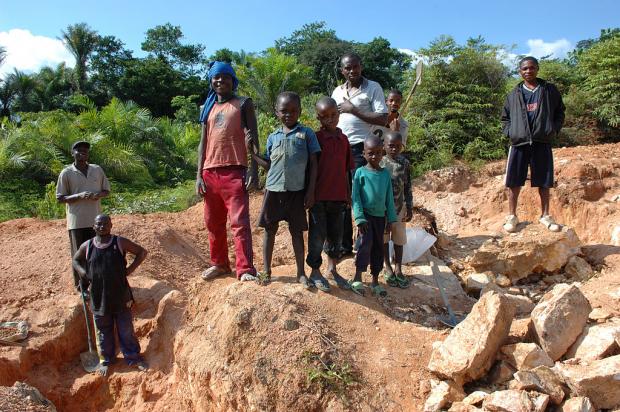 In most cases, the cycle of smartphone production begins in a remote mine in the Democratic Republic of the Congo (DRC). In a country blighted by conflict minerals, over 50 percent of mines are controlled by armed groups or violent, independent militias. Among these groups is the Democratic Forces for the Liberation of Rwanda (FDLR) located in eastern Congo, one of the last fragments of the Hutu rebel group responsible for the Rwandan genocide. In these cases, the local mining populations work under appalling conditions. Situated firmly within the criterion of human rights abuse, women and girls are regularly sexually abused and brutalized as militias move into mining areas. Making an average of 1 USD a day in an environment lacking in health or safety standards, workers as young as 10 years old dig for tin, tantalum, and tungsten. These mineral ores (the 3Ts), in addition to gold, happen to be the fundamental elements in the production of electronic goods, including smartphones.

The vast wealth of the DRC’s mineral ores did not spark the eastern conflict in 2008, but a major Post-Conflict Environmental Assessment of the DRC by the UN Environmental Programme in August 2017 warns of the destabilization of the entire region due to disputes over mineral territory. Unfortunately, the same sources that anticipate an economic boom thanks to the 3Ts express concern over where the profits end up. Most are siphoned through illegal routes out of the country, and the individuals most negatively affected by the industry see little improvement to their livelihoods or communities.

Iron (20%), aluminum (14%), and copper (7%) are the three most common metals by weight in your average smartphone. Iron is used in speakers and microphones and in stainless steel frames. Aluminum is used as a lightweight alternative to stainless steel and also in the manufacture of the strong glass used in smartphone screens. Copper is used in electric wiring. 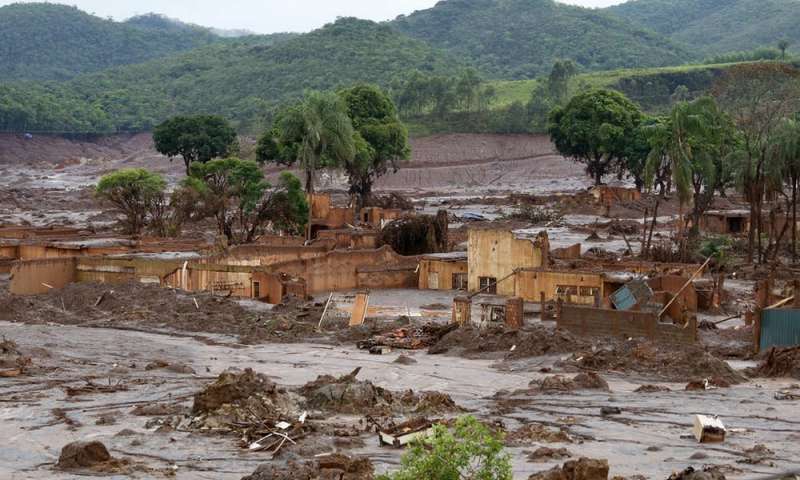 However, enormous volumes of solid and liquid waste (termed mine “tailings”) are produced when extracting these metals from the earth. Typically, mine tailings are stored in vast impoundment structures that can be several square kilometers in area. Recent catastrophic mine tailings spills highlight the danger of improper construction methods and lax safety monitoring.

The village of Bento Rodrigues was buried under toxic sludge. Credit: Senado Federal, CC BY-SA
The largest spill on record occurred in November 2015 when a dam collapsed at an iron ore mine in Minas Gerais, Brazil, releasing approximately 33m cubic meters (enough to fill 23,000 Olympic swimming pools) of iron-rich waste into the River Doce. The waste inundated local villages killing 19 people and traveled 650km until it reached the Atlantic Ocean 17 days later.

This was just one of 40 mine tailings spills that have occurred in the past decade and the long-term ecological and human health impacts remain largely unknown. One thing is clear though – as our thirst for technology increases, mine tailings dams are increasing in number and size, and so is their risk of failure.